Arizona AG Mark Brnovich has notified Maricopa County that his office has opened an investigation into their withholding materials subpoenaed by the State Senate.

They now have 30 days to notify the AG that they have complied or the county could lose every penny of shared monies, causing severe hardship on the county and the voters will likely take out their displeasure on the supervisors who have failed to comply with the law.

The action is being taken at the request of State Sen Sonny Borrelli. Only one member of the legislature is needed to call for an investigation. The investigation could reach one of three conclusions.

It could rule that the county did nothing wrong. That can’t happen because they have already broken state laws. If the AG’s office concludes that the Supervisors MAY have violated the law, the AG will refer the case to the State Supreme Court.

If the AG’s office determines that Maricopa County is in violation of the law, they will cut off all shared revenue if the county does not comply with the subpoenas.

The county will be given 30 days to resolve its infraction before the money is halted. The money will then be redistributed by the legislature.

At this time we know there were a lot of shall we say curious goings-on in Maricopa County, which is incompetence at best and criminal at worst.

The main reason we question the results is that they turned in more votes than they received along with the fact that many ballots were on paper not used for printing ballots.

In just one county there could be enough to reverse the election of the entire state. That could prompt other states to perform forensic audits. 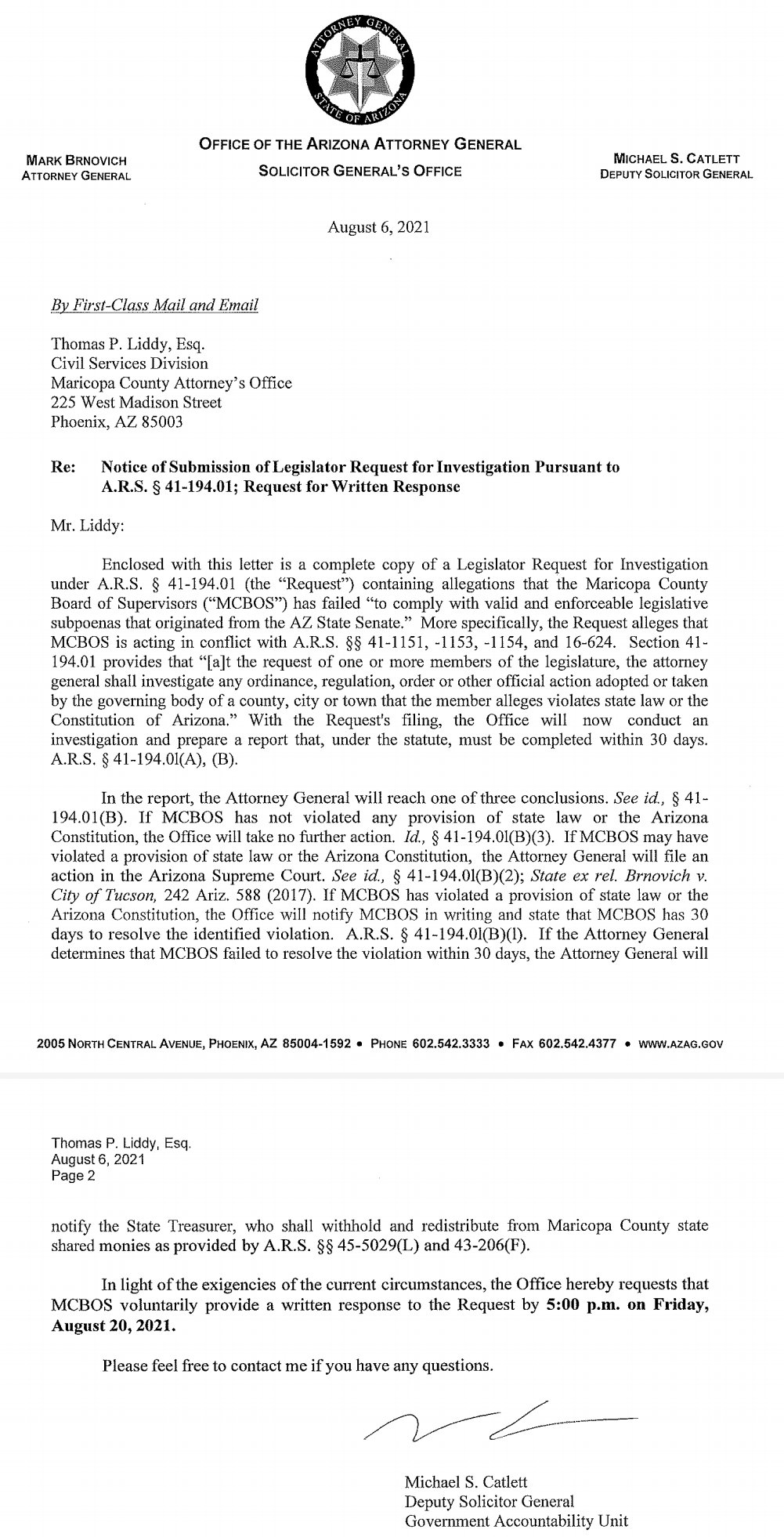 Maricopa County and Dominion continue to defy legislative subpoenas for the items needed by the Arizona Senate to complete the first full forensic election audit in state history.

In a contemptuous letter to the Senate, Jack Sellers mocked citizen efforts to preserve our right to vote, secure our elections, and save our country.

Sellers doesn’t want us to see what is on these routers. Who does China Jack really work for?

These subpoenas were ruled by a judge legal and enforceable. The County has violated the law and it’s time to take action.

Arizona SB 1487, introduced by Congressman Andy Biggs during his time as an Arizona State Senator, gives any member of the legislature the power to enact an investigation by the Attorney General’s office into law violations by a county, city, or town.