Joe Biden’s fake White House television set, on which he acts like he is conducting presidential business, is actually located across the street from the White House according to a firsthand press report and photographic evidence.

This revelation is especially disturbing as the political class in Washington attempts to pass a massive spending bill that would further loot the severely debt-ridden American government and the people who pay to prop up the whole system.

The set was constructed across the street from the actual WH in the Executive Office Building pic.twitter.com/nBjUaSMhLU

Meanwhile, Joe Biden has hit a new low in his approval rating according even to the Quinnipiac poll, which is now 38 percent, a 12 point drop since February of this year. 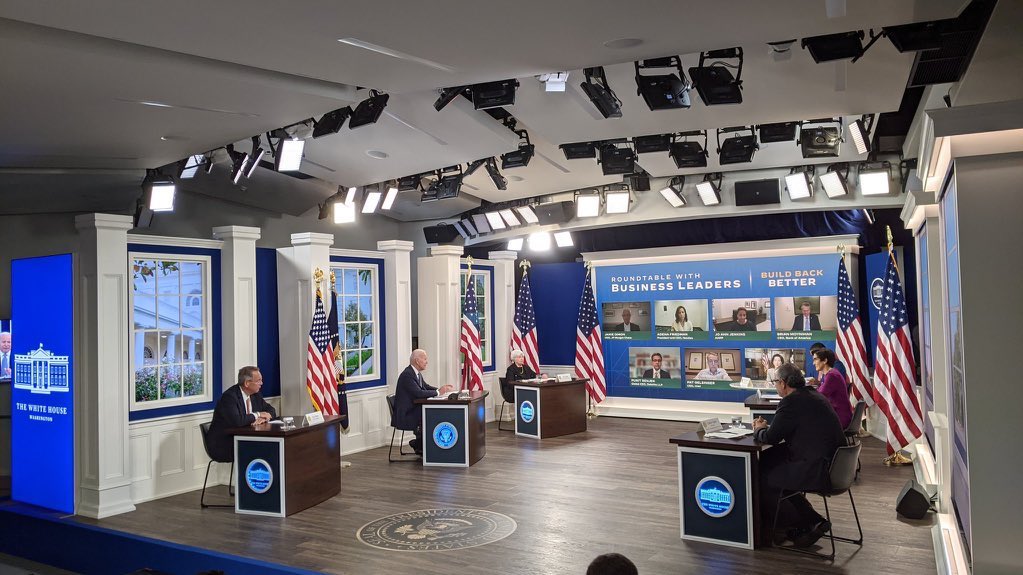 Quinnipac’s analyst Tim Malloy said: “Battered on trust, doubted on leadership, and challenged on overall competency, President Biden is being hammered on all sides as his approval rating continues its downward slide to a number not seen since the tough scrutiny of the Trump administration.”

Biden has lost a ton of support since his regime’s botched handling of the Afghanistan evacuation, which gave the Taliban total oppressive power in the country and piles of U.S. equipment. Thirteen U.S. Marines were killed in a terrorist attack on the area around the Kabul airport. Additionally, ISIS — which was in retreat during President Donald Trump’s term when he oversaw the killing of ISIS leader al-Baghdadi — is back now in a new form, “ISIS-K.” That’s how Jen Psaki refers to the group: “ISIS-K.” China is becoming more aggressive, particularly with respect to Taiwan, and America’s enemies are mobilizing worldwide as inflation hits and Freedom protesters take to the streets to rally against Coronavirus tyranny. Biden is certainly not presiding over a successful time in American history. In fact, he is presiding over the most chaotic and disastrous period in American history.