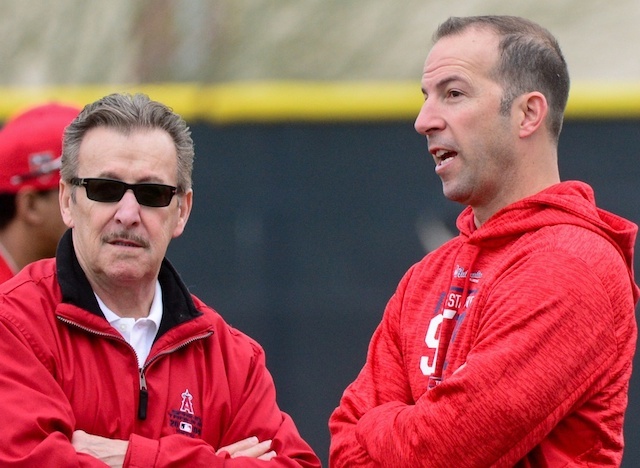 Speaking at a “Latinos for Trump” round table in Phoenix, Arizona, Arte Moreno says Trump must be reelected.  Moreno is the first Mexican American to own a major sports franchise.

He is the owner of the Los Angeles Angels.

Democrats are beginning to get very nervous but it’s their own fault. They encouraged Joe Biden to hide out in the basement and his campaign has no real outreach to Hispanics.

Trump has been actively wooing the minority voters, with his campaign actively knocking on 12 million doors. And how many doors did the Biden administration knock on? Zero.

When they finally did something, they sent Kamala Harris. Harris is a woman who has praised Fidel Castro in the past. It goes without saying that this does not go over well in the massive population in Florida.

At the round table, President Trump stated:

“Hispanic Americans embody the American dream and they are great business people. Hispanic Americans strengthen our nation beyond description, you protect our nation as brave members of the military and as members of law enforcement … you uplift the communities and promote our shared values of faith and family, community, hard work and patriotism.”

As he praised law enforcement, the crowd got on its feet, chanting four more years. The Democrats are trying to defund the police and no one gets hurt worse than minorities who are often the victim of crimes. But the Democrats think they have a winning issue. The voters disagree. If someone tries to break into your house, would you call Antifa or BLM?

Moreno was born in Arizona in 1946 and his father owned the first Spanish newspaper in Tucson. But, he was drafted in 1966 and then served in Vietnam. He was later hired by a billboard company that became successful. Infinity broadcasting bought the company for eight billion dollars.

Top Latino Democrats are voicing growing concern about Joe Biden’s campaign, warning that lackluster efforts to win the support of their community could have devastating consequences in the November election. Recent polls showing President Trump’s inroads with Latinos have set off a fresh round of frustration and finger-pointing among Democrats, confirming problems some say have simmered for months.

But the Biden campaign has brushed off the need to engage Hispanic voters. They are putting all of their eggs in one basket. Voter fraud. Biden is beginning to understand that he can run but he can’t hide. Voters love direct contact with the candidates.  Trump provides that but Biden does not. The media is covering for Biden. CBS snuck a picture of Latinos for Trump in Phoenix and claimed it was the six that showed up at Biden’s Florida stop.

“What’s clear is the Trump campaign has taken the Hispanic vote more seriously and has out-hustled the Biden campaign. Democrats continue to stubbornly think you can parachute into Florida weeks or months before an election and still be able to contend with the permanent Republican campaign machinery.”

Biden is currently being accused of patronizing Hispanics by playing a Spanish sex song, “Despacito.”

But that has not gone over as planned. Joe Biden tried to sing along with the lyrics.  That was very creepy but he didn’t seem to notice. It will be interesting to see what excuse Democrats will use for losing Florida. It will be a doozy.