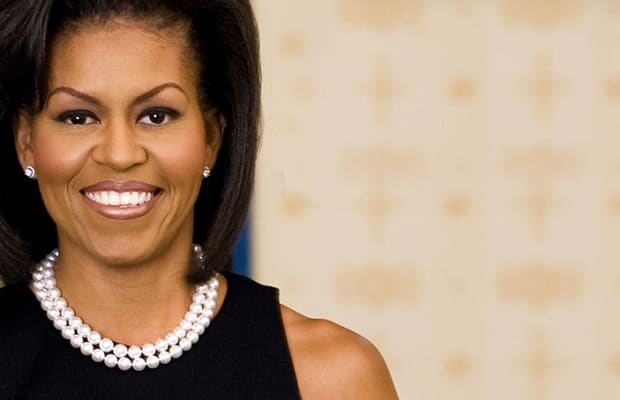 Democratic politicians, advisers, and mainstream pundits are at it again. They are urging Joe Biden to name Michelle Obama as his pick for the Supreme Court, but this is ridiculous on many levels. First of all, she wouldn’t accept it. She is rich and loving the lifestyle. Michelle pals around with Beyonce and Jay Z. She has given up her license to practice law. And besides that, she isn’t qualified.

Anyone appointed to the court must at least like the United States or at least pretend to. She has already proven her lack of respect for the country:

MICHELLE OBAMA, BARACK OBAMA’S WIFE: Let me tell you something. For the first time in my adult life, I am proud of my country, because it feels like hope is finally making a comeback.

Who can forget her, “All this for a damn flag?” That Barack agreed with:

They want Michelle to be on the Supreme Court but she has not been licensed to practice law since 1993. She voluntarily allowed her license to lapse.

The entry for Michelle Obama provides her maiden name, Michelle Lavaughn Robinson, and the date she was admitted to the bar, May 12, 1989. Her Illinois registration status is “Voluntarily inactive and not authorized to practice law” and she was last registered in 1993.

Roger House, an associate professor of American studies at Emerson College in Boston contends that by naming Michelle, it would force some Republican Senators to abandon Trump’s pick in favor of Michelle. What does he teach at Emerson, Timothy Leary? Republicans never expect Democrats to vote for them, so where would the pressure come from? But they would face pressure from their base to vote with Trump.

Bucking Trump has become a career decision for many Republicans.  Just ask Jeff Flake, Jeff Sessions and Justin Amash. You can also ask Mitt Romney who is less popular than peanut butter and mustard sandwiches in Utah.

“In Obama, concerned Americans would be comforted by her well-known intellectual acumen and dedication to the goals of equal justice with fairness. She is singularly qualified to occupy the seat that inherits the ideals of Ginsburg.”

“As the only African American first lady, Obama fostered one of the most welcoming and inclusive White House cultures in history and spoke out frequently on behalf of the rights of women and girls.”

“Moreover, she brings insight as a Black woman of dark complexion who struggled to be confident in a society that values whiteness and lightness.”

Michelle Obama is an intelligent and capable woman, but she is not qualified to be a Supreme Court justice, and nominating her would do her no favors. See, eg, Harriet Miers. https://t.co/akseFusHuU — Alexandra R. (@Alexa_MRo) September 20, 2020

By far the most Brain Worms political opinion is this longstanding idea that Michelle Obama would want to go anywhere near the Supreme Court She hates politics, is freaking rich, and lives on yachts! https://t.co/z44cMzJUtE — Trenton Jocz (@TrentonJocz) September 20, 2020

Michelle Obama lacks any qualifications to serve on the but, then again I don’t believe she would want to. Biden might name her to avoid naming his serious candidates. They are likely radical liberals since he probably will get his orders from George Soros or China.  It would just be one more reason to vote for Trump. But how many more reasons do we really need?

Michelle would be the choice of Biden’s base, but it would win him no support with anyone else. He needs to concentrate on crossover votes,  but shoring up his base is not. You cannot do both at the same time. You can try to do both but you would satisfy neither.