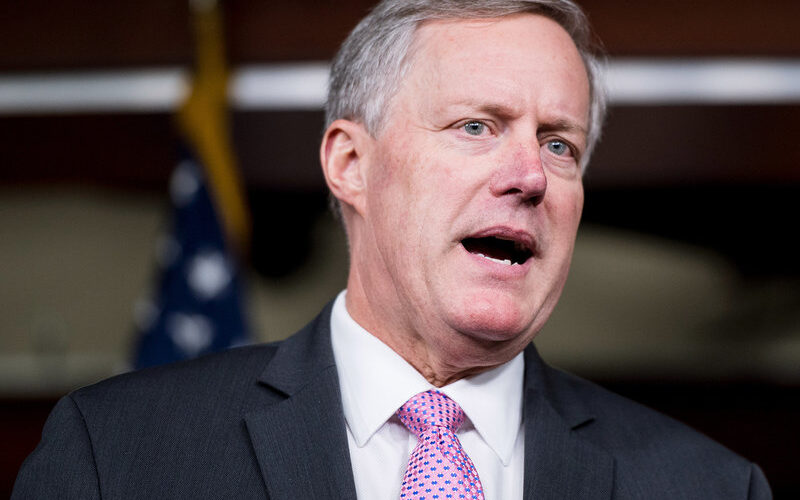 Trump Chief of Staff, Mark Meadows, says that President Trump is ordering more documents to be included, but don’t hold your breath. Those documents are under the thumb of the Deep State. But, Meadows says the transcript of the questioning of Igor Danchenko. He is the main source of Christopher Steele’s phony dossier.

It is alleged that Danchenko was a Russian spy and Comey knew this. Apparently, Robert Mueller knew it too as he was the FBI director at the time they were investigating Danchenko. This would seem to confirm the belief that Russia planted disinformation about Trump that Deep State, Democrats and the press eat up with a spoon.

This would seem to suggest that the investigators and officials at the top of the FBI and DOJ were corrupt. If they knew that Danchenko was a Russian spy. His actions could have been made because the Russian government was trying to help Clinton and not Trump. Two CIA analysts objected to the intelligence community to continue calling it Trump’s collusion and not Hillary’s.

During the interview Meadows announced President Trump had ordered him to release requested documents from the Deep State Spygate scandal.

Chief of Staff Mark Meadows: He’s already tasked me with getting some declassification rolling in a follow up to some of the requests Devin Nunes and others have made.

Mark Meadows is referring to the classified interviews with former Brookings Institute researcher Igor Danchenko who is the source for the bogus Steele dossier.

The primary “source” for the anti-Trump dossier authored by ex-British intelligence agent Christopher Steele “was a Russian spy, and our FBI [director] James Comey… knew it the entire time. Comey ran with the spying on the Trump campaign knowing the entire investigation was based on a lie.

FBI Director Chris Wray and CIA Director Gina Haspel are sitting on this evidence and refuse to work with congressional investigators.

It may all be in vain since John Durham has proven himself to be another denizen of the Deep State. And if Biden wins, everything gets washed away. Evidence will be destroyed and those who committed treason will be treated as heroes.