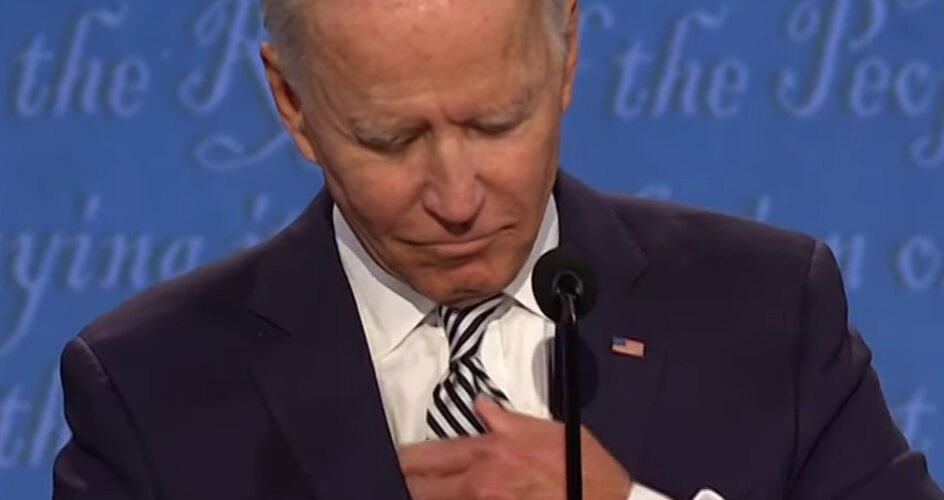 The body language expert known as The Body Language Ghost (TBLG) has evaluated the first debate with interesting results. However, it is important to remember that body language interpretation is not 100%. It is, however, an indicator.

So, who flinched first, Trump or Biden? As it turns out, neither.

The first came before the debate had begun when Chris Wallace said he never shared the questions with anyone. The TBLG said that Wallace showed a lot of stress and he tightened up indicating he may have been lying. This is something I suspect but without proof. The same holds true with Biden wearing a wire.

According to the TBLG, there were a couple of indicators that suggested Biden was wearing an ear piece.

Next Joe looks confused and Trump pummels him on his lies about Obamacare.  He starts looking straight ahead and he’s not looking at Wallace (at about the 12:00 mark):

We see no body tells that deliver the body in either direction to give attention to.  He’s staring straight ahead.  Not at the camera and you say ‘ah’ there’s another tell.  Someone else is in that conversation too.  It’s making it really hard for Biden.

In the video, Joe can be seen looking into the air as if he were trying to listen. He also seemed to have trouble functioning whenever Wallace and Trump were talking. If the debate commission allows the cutting off a candidate’s mic, it should also demand a mandatory check for earpieces.