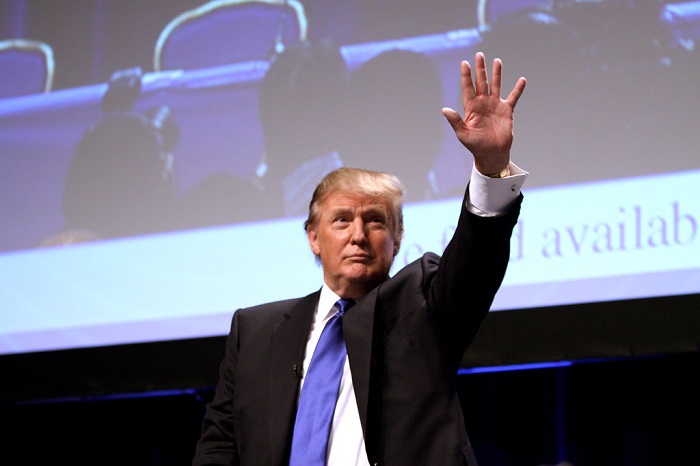 White House Physician Clears President Trump To End Isolation Period: ‘…he is no longer a transmission risk to others’

Saturday night, White House Physician Sean Conley has cleared Donald Trump to end his isolation period and return to his normal life and duties as president and Commander-in-Chief.

Conley says it has been 10 days since Trump’s first onset of symptoms and he has now been fever-free for “well over” 24 hours, adding all his symptoms have improved.  Testing throughout Trump’s coronavirus treatment has shown a consistent decrease the presence of the virus in the president’s body, Conley added.

“This evening I am happy to report that in addition to the president meeting CDC criteria for the safe discontinuation of isolation, this morning’s COVID PCR sample demonstrates, by currently recognized standards, he is no longer a transmission risk to others,” Conley wrote in a statement.

“Now at day 10 from symptom onset, fever-free for well over 24 hours and all symptoms improved, the assortment of advanced diagnostic tests obtained reveal there is no longer evidence of actively replicating virus,” Conley said.

Conley said on Thursday that the president would be cleared to be around other people starting on Saturday, announcing that Trump has completed his course of COVID-19 therapy “as prescribed by his team of physicians.”

Centers for Disease Control and Prevention (CDC) guidelines currently stipulate that people who test positive for the Chinese virus should remain in isolation until after 10 days from the time they began showing symptoms.

“Moving forward, I will continue to monitor him clinically as he returns to an active schedule,” Conley said in the Saturday memo.

That won’t stop Democrats and their boot-licking sycophants in the mainstream news media from continuing to exploit that Trump caught the virus in the first place.  They instinctively and immediately behaved as if the president catching the virus negated all the work that his administration has done since the beginning when the disease first arrived on our shores from China.  It escapes Trump’s detractors that they are calling him a COVID failure as he was proving that the gains we have made in combating the virus, thanks to his efforts to push for medicines to wipe it out, are a full success as he is living proof.  The man had caught coronavirus and 10 days later he has been cleared of all symptoms.

Conley’s revelations came just one day after the Commission on Presidential Debates (CPD) canceled the October 15 debate between Trump and former Joe Biden.  Who didn’t see that coming?  The Biden campaign was looking for an easy out of the debates, or a better way to cheat, and they looked at Trump catching the virus as Manna from heaven.  Just about every member of the CPD is a Trump hater and/or a Biden supporter.

The cancellation came when Trump objected to the debate being forced to to be virtual instead of in real life as a means to prevent coronavirus transmission after Trump tested positive.  They didn’t ask either campaign, they just did it.

Trump complained, because everyone knows the media and anyone else involved in the election on the Democrat side will do anything to cheat for Biden, including having a monitor outside of a virtual screen giving Biden the answers to questions for him to read during a virtual debate.

Both Trump and Biden now have competing campaign events scheduled for the October 15.

Trump maintained social distancing during his first appearance since testing positive at a White House event on Saturday speaking from the White House balcony to a crowd down on the South Lawn.

The White House labeled the Blexit gathering a “peaceful protest for law and order,” a thinly-veiled jab at Trump’s political opponents who have described riots and unrest resulting in violence and destruction of property as “mostly peaceful protests.”

The event was to show off historic landmarks that black Americans have made since his administration before the Chinese virus pandemic hit, pointing out the poverty rate for black Americans was lower than ever, and his administration will bring the economy back after the pandemic, something Biden will never be able to do based on his own policies.

This blows the Democrat narrative out of the water.  They spent the better part of six months trying to scare the living hell out of every voter so that they would demand mail-in voting, which is how they plan to steal the election from Trump.  They have rigged the election and unless the Republicans are able to fight back, they will take everything, the White House the House and Senate.  They have gotten left-wing activist judges to agree to break election laws and allow ballots to be collected after Election Day.  That way they will be able to tally the votes in needed key states, and figure out just how many ballots they need to “magically” find to put Biden over the top.  The Democrats are the party of tyranny and tyrants stop at nothing to gain and hold onto power.

Donald Trump’s miraculous recovery is a testament to dedication to combat the virus for the American people, and probably for the world.