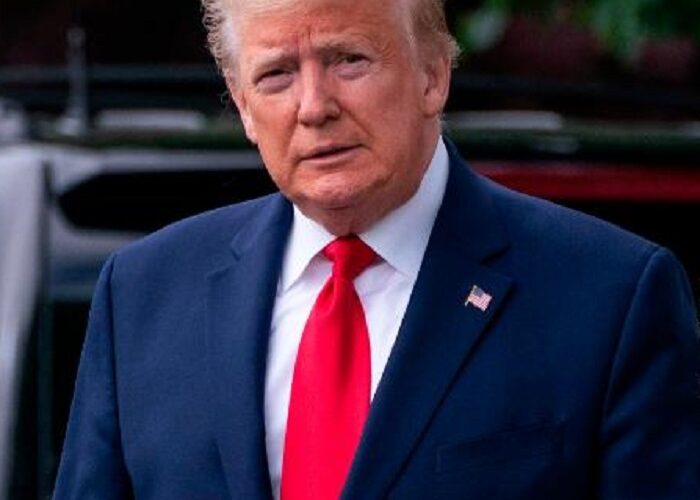 Trump on Path to Take Back Arizona After Getting Enough Votes to Reclaim the State, But Next Batch Could Present Some Problems

When Maricopa County, Arizona made public the results from 140,000 more ballots from Wednesday evening and Thursday morning, President Donald Trump took in nearly the exact numbers he would need to win Arizona’s 11 electoral votes and potentially reelection.

Trump’s take from those ballots in Maricopa County was about 57-40 percent over former vice president Joe Biden.

Those votes, which were probably early ballots delivered to the county on Monday and Tuesday, narrowed Biden’s lead over Trump in Arizona to 68,000 votes, when his lead had been more than 90,000 votes earlier Wednesday.  How many of those were fraudulent is the question.

Paul Bentz, a Republican pollster with the consulting firm HighGround, stated Trump must win 57.6% of the 435,000 votes that the state believes remain to be counted.

“That’s almost exactly what he got in the first batch,” Bentz said. “He could do it.”  They have to have Republican observers watching the counts.  In the other swing states there are countless stories of Democrats banning GOP observers from observing the counts, even going so far as to ignore a court order in Philadelphia.

That happened throughout the city.

However, the problem for Trump is that he needs to replicate that momentum for the rest of the 435,000 votes left to count. And he must do it across all Arizona’s 15 counties of diverse voters, which include areas which are very blue: Pima, Coconino and Santa Cruz counties.

The president additionally needs to keep up that margin via different batches of ballots that include those that arrived in the mail before Election Day, early ballots dropped off at the polls on Election Day, and the provisional ballots, which are always suspect, that voters turned in after not having the right form of identification or they went to the wrong polling place.  Anything like that is ripe for abuse.  Sorry, but if you go to vote and you can’t prove who you are, or you’re stupid enough to not have found out where you’re supposed to go to vote, then you lacked responsibility and you shouldn’t be catered to by government.  How many people could turn in a ballot where the name on it is not their name, claim they don’t have ID but demand they take their vote, and Democrats count the vote?  Of course, you can’t have too many in any one precinct, but you can spread a thousand of them per precinct across the state.

Those provisional ballots usually go to Democrats, and there are 36,000 provisional votes in Maricopa and Pima counties, about 18,000 in each.

You would think Trump would keep up the same margin for the remaining 108,000 early ballots that were sent in the mail to Maricopa County on Monday and Tuesday, Bentz said.

Those votes might go even more for Trump, just as the votes on Election Day did, or they could act like early votes dropped off at the polls traditionally do, which is trend Democratic, he said.

“He can’t afford really to trip up once, unless the next day suddenly he surges way back,” Bentz said. “It’s a good first day. The question is: Can he keep up this pace?”

Bentz said Wednesday was the best the Trump campaign could have hoped for after being down by so much on Tuesday night, that the president’s campaign nonetheless “has a shot.”  I still believe the Democrats pushed a lot of fraudulent ballots through, because you can’t tell me that Arizona voted for Biden over Trump.  It’s not believable.  I think the Democrats had six months to concoct a scheme to create tens of thousands of fraudulent ballots that they could illegally bring into counties where they were needed before and after Election Day.  I can’t prove it, but with all the irregularities that have been reported, the same exact irregularities found in all the key swing states, you don’t have to be a detective to realize that something dirty is going on.

The Biden campaign put out a statement to give credence to the phony momentum that the fFake News media thrust on him all throughout Election Day when they intentionally called state early for Biden and held off calling them for Trump:

“As more votes get counted, it’s becoming even more clear than last night: Joe Biden has flipped Arizona and the Presidency,” the statement said. “Throughout the early voting period, we won an overwhelming share of early votes, including an overwhelming majority of Latino voters and a strong majority of independent voters. We closed the gap on Election Day in-person votes, and won substantial portions of the ‘late earlies’ mail votes that were dropped off in the final days of early voting. We decisively won Maricopa County — the key to winning Arizona — and Joe Biden has the votes to win Arizona right now. It’s abundantly clear that Arizonans have spoken, and they’ve elected Joe Biden as our next President.”

Emma Hall, from the Republican National Committee, responded to the statement saying that Trump’s pathway to reelection “goes straight through Arizona.”

“Once again, the mainstream media jumped the gun by calling Arizona for Joe Biden,” Hall said in a statement. “As these outstanding ballots will show, a record number of Arizonans turned out to re-elect President Trump, keep the Grand Canyon State red, and continue the Great American Comeback.”