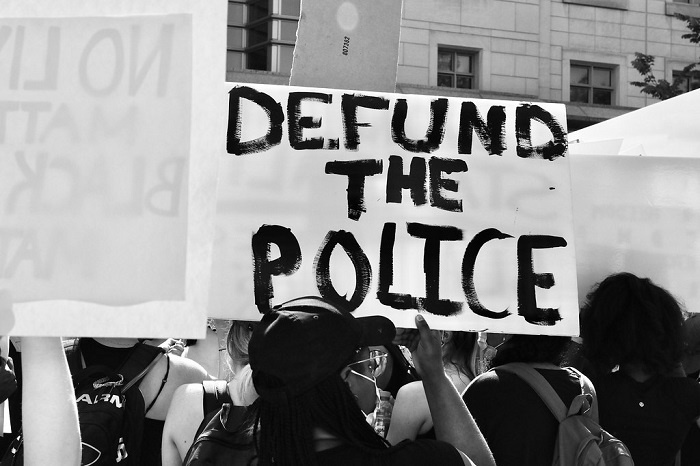 The whole “defund the police” thing is still active on social media and in some protests and riots across the US, however, increases in violent crimes have some officials questioning the usefulness of the sentiment.  The cry for defunding the police was an emotional outburst, and the acceptance of it by Democrat politicians was a fearful reaction to hold onto power.  When you think a violent army is about to explode your world, and you have no idea how to govern effectively, you appease the army to keep your scalp.  In many cases, Democrats actually went ahead and passed laws to defund their police departments, ultimately choosing the criminal element over the innocent majority of their constituents.  I hope the latter remembers this come election time.

Another reason so many Democrats fell in line with the defund the police movement was to deflect any culpability for police shootings in their jurisdictions. By appeasing the angry mob, politicians think they will be perceived as sharing the mob’s anger, thus sparing them from the proverbial chopping block, even though most problems in big cities are created by the people who run them. In every case of rioting so far, that’s been Democrats.

The terminology grew momentum-wise after the death of George Floyd and others involving police use of deadly force in addition to the officer-involved shootings of Jacob Blake and Breonna Taylor, which sparked outrage throughout the country and calls to defund police departments.

“Maybe the ambitions of the ‘defund the police movement’ have scaled back somewhat,” Paul Cassell, a law professor at the University of Utah said.  “When the ideas were first being announced, they were being announced in very grandiose terms, and the pushback has led to a very rapid reassessment and realignment of what the goals really were to much more modest proportions.”

A lot of activists and civil rights organizations from ANTIFA to Black Lives Matter have called on politicians to “defund” the police, arguing that reallocating federal funding from police departments toward different local services might make communities safer, specifically for minorities.  What would make communities safer is the said communities stop accepting the crime and violence in their communities.  Police simply respond to calls from people in the communities they serve, and they can’t be everywhere at once.  Either out of fear or some other loyalty, many innocent people in these communities never help police with information of who the criminals are in their neighborhoods.  I get it.  I wouldn’t want word to go out that I helped the cops take down a local drug dealer.  That’s a recipe for personal disaster.

The big lie throughout all of this is that police officers throughout the country wake up ever day thinking about how they can shoot and kill a back person.  As the obligatory statement goes, there are some bad apples among that bunch, of course, but police overwhelmingly are honest and dedicated servants to the communities they protect.  They have to deal with the worst people at their worst time, and many of them want to hurt police as they are doing their job.  To say otherwise is irrational.

In July, the New York City Council voted to slash $1 billion from the city’s police funding and transfer that money to youth and community development programs.  How those programs will stop a rapist in an innocent woman’s home is beyond my comprehension, but Democrat officials have other motives apparently.

“Defunding police means defunding police,” Democratic New York Rep. Alexandria Ocasio-Cortez (AOC) said in a press release at the time. “It does not mean budget tricks or funny math. It does not mean moving school police officers from the NYPD budget to the Department of Education’s budget so the exact same police remain in schools.”  It is beyond amazing how Democrat politicians insult all police without sufficient evidence that they are all bad.

The recent rise in violent crime Democrat-run cities across  the country are causing some politicians and officials to question if defunding police was a really dumb idea.

Minneapolis City Council member Jamal Osman said during a September 16 meeting that residents were expressing concerns about crime upticks and asking where the police were.  In many cases during the riots Democrat mayors have ordered police to stand down.  Can you imagine that?  Would you want these people to continue as your leaders?

“Residents are asking, ‘Where are the police?’” Osman said, noting that his constituents who placed calls to the police department were never answered. “That is the only public safety option they have at the moment. MPD. They rely on MPD. And they are saying they are nowhere to be seen.”

Democrat progressive policies breed unemployment, poverty, and crime, and the people in their communities have to deal with criminals every day.  For mayors and city council members to actively remove police from those communities, after creating a criminal hunting ground in community neighborhoods, is the most irresponsible thing an elected official can do to its people.  And all to appease the animals who want to burn it all down.

Medaria Arradondo, the Minneapolis Police Chief, said about one hundred police officers have either left the department or took a leave of absence.  Does anyone blame them?  When you have your bosses throwing you under the bus and ordering you to stand down during violent riots, who in their right mind would want to stick around for that?

The problem with policing is the complete collapse of leadership in Democrat-run cities and states.

Mayor Jacob Frey on September 22 released his 2021 budget proposal, which doesn’t fully abolish or defund police but does include a $14 million cut to the department’s funding.  What an embarrassment.

New York Governor Andrew “it’s all Trump’s fault” Cuomo additionally acknowledged a rise in crime in New York City in a September 24 press conference, and New York City Police Commissioner Dermot Shea told FOX Business’ Maria Bartiromo on September 25 that the city’s cuts to the police budget have “certainly had a significant impact” on crime.  Gee, ya think?  Shootings more than doubled at 163% increase, while burglaries quadrupled with a 700% spike.