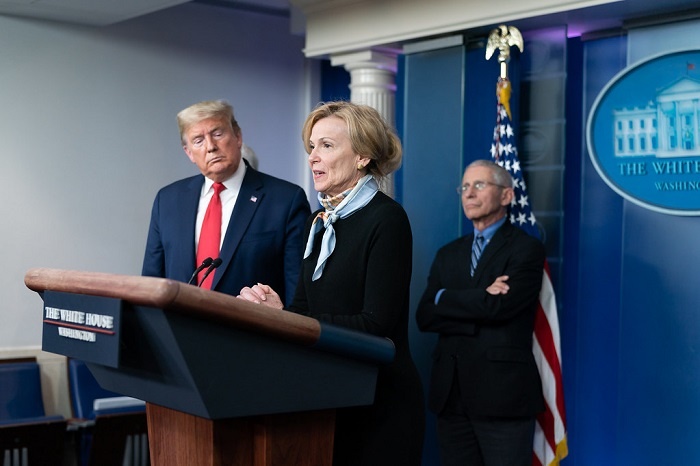 Facebook removed President Donald Trump’s Tuesday post claiming the Chinese virus isn’t as deadly as the flu “in most populations.”

The social media giant reportedly deleted the president’s post after deciding his words violated the site’s COVID-19 misinformation policy, according to CNN, a thoroughly discredited Fake News network.   A Facebook spokesperson told the Daily Caller, “We remove incorrect information about the severity of COVID-19, and have now removed this post.”  Though the post was not entirely incorrect, Facebook removed free speech from their site regardless of how the president’s words were interpreted. On the other side of it, it is their site, and they can do whatever they want thanks to Section 230 of the Communications Decency Act.

“Flu season is coming up! Many people every year, sometimes over 100,000, and despite the Vaccine, die from the Flu,” Trump wrote in the now-deleted post.

“Are we going to close down our Country? No, we have learned to live with it, just like we are learning to live with Covid, in most populations far less lethal!!!”

Trump didn’t say every year exclusively, he said “sometimes” over 100,000.  The CDC says sometimes the number is over 100,000, not since 2010, but that doesn’t make Trump’s statement false.  And the president didn’t relegate his argument to just the United States.  His message was the flu kills more people than COVID and we don’t shut down the country over the flu.  And he is correct.

Of course the sleazy Representative Adam Schiff-for-Brains (D-CA) chimed in to attack the president, because that’s all he has done since Trump was elected to office.

Trump knew this wasn’t true in February when he told Bob Woodward it’s worse than any flu.

And he knows it’s not true now.

210,00 are dead and Trump himself was sent to Walter Reed. Most Americans are not so lucky to receive that level of care.

Schiff has gotten caught lying so many times during the Russian collusion hoax, his phony Ukraine impeachment inquiry, and about so many other things over the years that it speaks embarrassingly toward the kind of people in California who keep electing him.

Hopkins’ data shows about 210,000 of the total COVID-19 deaths are in America.  You can thank large Democrat governors in states like California, New York and Michigan for that large number.

The global mortality rate for the flu, which varies yearly, is around .1%, while COVID-19 currently has a global death rate of 1%, according to The Ohio State University’s Wexner Medical Center.

Trump posted the same message on Twitter, and though his post wasn’t deleted it has been labeled as “spreading misleading and potentially harmful information.”

“However, Twitter has determined that it may be in the public’s interest for the Tweet to remain accessible.”

Laura Ingraham on her Fox News show “The Ingraham Angle” last night put up an image showing that according to CDC data, the age ranges of 0-18 has a 429 rate of death due to COVID and age ranges from 0-24 (even higher age range) has a death rate of 434 for the flu.