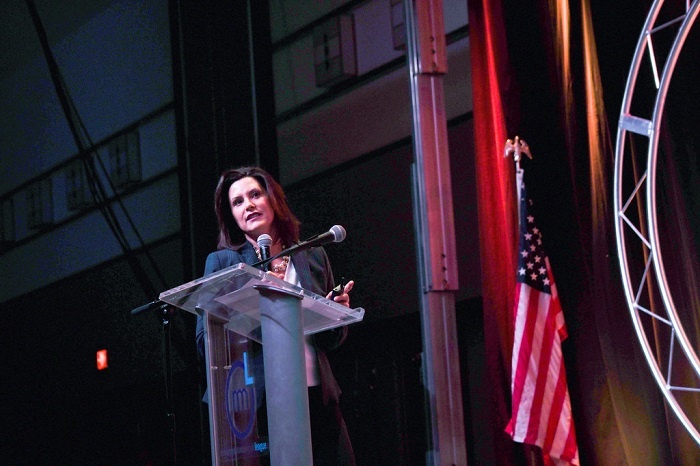 Democrats and the deep state are alive and well, and very much known for pulling dirty tricks on their Republican rivals, but the amount of attacks they’ve unleashed so far at President Donald Trump has never been done before.

Do you remember back during the midterms when the FBI very conveniently arrested a Trump super supporter for sending “mail bombs” right before the midterms?  The guy’s name was Cesar Sayoc, and a news crew just happened to magically be right there outside his “Trump van” that was loaded up with Trump memorabilia.  The whole thing was staged. How do we know? Because NONE the sixteen bombs he sent detonated and many bomb experts said, in the words of the New York Times, that the device sent to CNN “had hallmarks” of a “fake explosive” of “the kind more typically depicted on television and in movies, rather than devices capable of detonating”?

So, what are the odds that we would see something like that to trash Trump right before the November election?

Well, here it is.

Michigan militia members are accused of plotting to kidnap Governor Gretchen Whitmer and possibly kill other state officials in an effort to overturn the government, according to a criminal affidavit filed in federal court by the FBI.  That would be the FBI that works under the Trump administration and for the Department of Justice (DOJ) run by Attorney General Bill Barr.

Government officials announced the militia group called the “Wolverine Watchmen” on Thursday while detailing charges against 13 men charged with plotting to kidnap the Michigan with hopes of igniting a civil war.

“In early 2020, the FBI became aware through social media that a group of individuals were discussing the violent overthrow of certain government and law-enforcement components,” says the Oct. 6 filing in the U.S. District Court Western District of Michigan.

Based on the court record, 15 militia members from “several states,” including two from Michigan, met in Dublin, Ohio on June 6 to discuss taking “violent action against a number of state governments that they consider are violating the US Constitution.

” … Several members talked about murdering ‘tyrants’ or ‘taking’ a sitting governor. The group decided they needed to increase their numbers and encouraged each other to talk to their neighbors and spread their message.”  That right there should be the giveaway.  The first rule of a conspiracy is that you do not talk about the conspiracy.

Five Michigan men and one from Delaware were charged with “conspiracy to commit kidnapping.”

Following the Ohio meeting, one of the Michigan suspects contacted leaders of a Michigan-based militia for help with their plan, the court filing stated.

The FBI already had an undercover informant from inside the militia that was developed after law enforcement discovered the group’s earlier plans to “target and kill police officers.”

An informant reported to the FBI that during the June 6 meeting in Ohio one of the men now charged said he needed 200 men “to storm the Capitol building in Lansing, Michigan, and take hostages, including the Governor,” the FBI affidavit stated. The suspect “explained they would try the governor of Michigan for ‘treason,’ and he said they would execute the plan before the November 2020 elections.”

This is loony tunes stuff, folks, reminiscent of a B Hollywood film.  But it makes great fodder to pile on attacks against Trump.  Wait for it.

After their meeting and the connection with the unnamed Michigan militia, planning sessions were held at a shop in Grand Rapids during June, the FBI said.  Those attending the meeting gained access to the meeting space “through a trap door hidden under a rug on the main floor,” according the FBI affidavit said.  I’m surprised there wasn’t a secret handshake involved.

The meeting included plans to use “Molotov cocktails” to try to incapacitate police vehicles during an attack on the Capitol in Lansing and the scheduling of an armed training session back in July.  According to the militia’s pamphlet….  I’m kidding.

At a June 28 meeting which was recorded on audio, the FBI affidavit says one of the men charged described kidnapping Whitmer from her vacation home. He referred to the plan as a “snatch and grab.”

“Grab the f***in’ Governor,” the man said according to the FBI affidavit. “Just grab the b**h. Because at that point, we do that, dude — it’s over.”

The investigation continued to collect information about a conspiracy to commit violence against Whitmer, typically through phone calls recorded by an informant. The FBI affidavit said the suspects carried out surveillance on the governor and properties she owns throughout September.

Between September 14 and the November 3 election, the suspects talked about training and raising cash for explosives and other supplies, together with $4,000 for an 800,000-volt Taser, in preparation for the attack, the court filing said.

This whole story stinks to high heaven.  That’s an outrageous amount of money for that size taser.  Amazon sells them for under $44.

“The FBI said it had learned about the group by intercepting encrypted messages and because it had undercover agents and confidential informants working with the group,” The New York Times reported.

The Times and the rest of the media are making sure to try and imply the plot may have been connected with Trump tweeting back in April, “LIBERATE MICHIGAN!”  Then they should look at Representative Maxine Waters (D-CA) for all the attacks on Trump administration people, and for the riots after she went off multiple times about attacking Trump supporters.

We reported last week how the Michigan Supreme Court slammed Whitmer’s draconian lockdown orders as unconstitutional, so this entire supposed “plot” would have no doubt already been forgotten about.  Why would they continue to go through with it if she was already struck down?  Her authority over lockdowns was taken away from her.

What’s strange is that the FBI could have arrested the men back in June or July, yet they waited until this close to the election.  FBI Director Christopher Wray has some explaining to do.  Is this something the deep state head of the federal government’s top law enforcement agency did to get even with Trump for calling him out on not doing anything to go after the Spygate bad actors from the Obama administration?