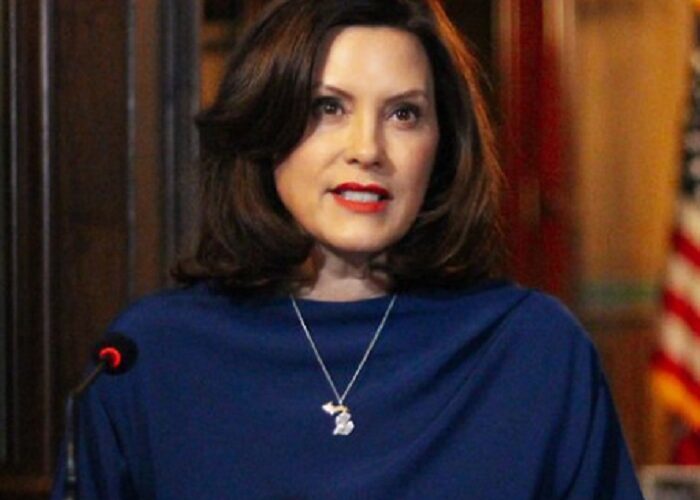 The Michigan Supreme Court handed Democrat Governor Gretchen Whitmer another legal defeat on Monday when a majority ruled her Chinese virus orders are no longer in effect.  This even after they already ruled her orders were unconstitutional.

The Court recently overturned a decision handed down by the Court of Claims that found that the act gave the governor the power to issue emergency orders. Monday’s ruling came after an October 2 decision where the high court said that the 75-year-old emergency powers act is incompatible with the Michigan Constitution because it unlawfully delegated legislative power to the executive branch, rendering them as unconstitutional.  It is my belief that elected Democrats no longer understand that laws they like could be declared unconstitutional.  Time doesn’t make an unconstitutional law Constitutional.

The court also responded to a certified question from the federal court to confirm Whitmer did not have authority past April 30 to make any restrictive orders related to the COVID-19 pandemic without going to and getting approval from the legislative branch.  That’s how it works.  The legislature creates the laws, the executive enforces them, and the judiciary decides if the law in question holds up to the standard set by the Constitution.  This is 7th grade stuff.

We reported when Governor Whitmer fumed at the Court claiming their decision was ideologically partisan.

“Today’s Supreme Court ruling, handed down by a narrow majority of Republican justices, is deeply disappointing, and I vehemently disagree with the court’s interpretation of the Michigan Constitution,” the governor said, according to MLive.com.  The majority of justices, in reality, were those who understood and respect their Constitution.

Whitmer then went so far as to tell her constituents that her regulations were still the law of the land for the time being.  What a tyrant.

“It is important to note that this ruling does not take effect for at least 21 days, and until then, my emergency declaration and orders retain the force of law,” she continued.   She was talking about until October 30.

Um, not anymore.  Can you believe the gall of this dictator to make up her own arbitrary date as to when she will abide by the state Supreme Court’s ruling?  Only a Democrat.

In a motion filed last Monday, Whitmer argued that she created that date (out of thin air) to “allow for an orderly transition during which some responsive measures can be placed under alternative executive authority and the Governor and Legislature can work to address many other pandemic-related matters that currently fall under executive orders,” according to CNN reported.

On Monday, the Court rejected her arguments with a resounding “No.”

“Justices ruled 4-3 that the orders issued under the 1945 Emergency Powers of the Governor Act ‘are of no continuing legal effect,’” according to ABC 12.  In other words, they’re null and void.

The majority said the decision “leaves open many avenues for our Governor and Legislature to work together in a cooperative spirit and constitutional manner to respond to the COVID-19 pandemic.”

Instead, after the initial ruling, Whitmer’s administration issued new guidelines through the Department of Health and Human Services, under the Public Health Code of 1978, which require “face coverings, gathering limits, nursing home safety measures and more,”  Those and are not affected by the Court’s ruling.

“Executive orders issued under that act are of no continuing legal effect. This order is effective upon entry,” the majority wrote in Monday’s 2-page order.

He added, “the governor is continuing to sidestep the ruling by maintaining unilateral control over pandemic policies via broad and poorly defined powers granted in statute to a state department. We are currently looking at the legality of the governor’s latest actions.”