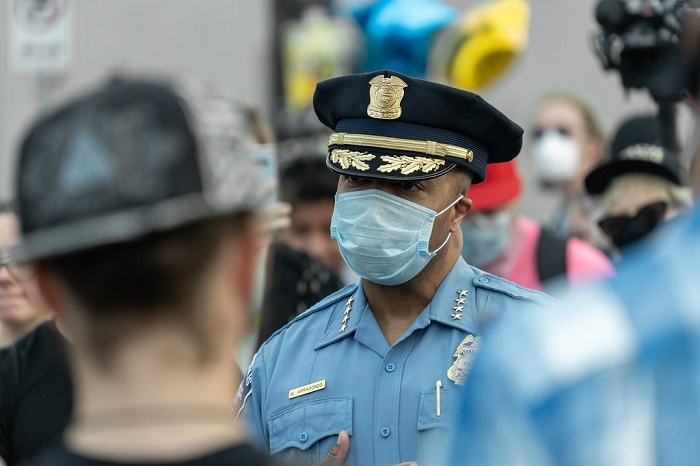 2020 is About Much More Than Who Wins the White House, It’s About Our Future Freedom From Socialist Tyranny

President Ronald Reagan once said, “Freedom is never more than one generation away from extinction. We didn’t pass it to our children in the bloodstream. It must be fought for, protected, and handed on for them to do the same, or one day we will spend our sunset years telling our children and our children’s children what it was once like in the United States where men were free.”

The death of Justice Ruth Bader Ginsburg has clearly defined what’s at stake in the 2020 election. It’s not “democracy itself,” even though we do not live in a democracy, and thank God for that.   The United States will live beyond Donald Trump, and God forbid a President Joe Biden. The question that 2020 will help us answer is what kind of society, and what kind of nation America will be as we move into the future?

The almost immediate hysterical reaction to Ginsburg’s death, and the following attacked on Republican designs to fill the vacancy on the Supreme Court, highlights the choice before the voters.  Does the country wish to live in a Constitutional republic under the principles of the Founding Fathers and the Constitutional framework they crafted to protect individual liberty, especially for the minority?  You almost never hear politicians mention liberty anymore.  Or do the American people instead wish to live in a society where the original meaning of the Constitution, when it’s not being disgraced and/or ignored, is politely overlooked in order to placate and appease ever more radical violent demands?  In other words, where people exercise the right of self-determination.

Without question, our country is divided right now between those who believe the Constitutional order has always worked until the other side, the Marxists, started interfering about a hundred years ago by the constant whittling down our rights, and having them exchanged for government power. The 2020 election is a defining moment for which way the country wants to go.  Do we go down the path that Trump has already proven, prior to CV-19, that America’s best days are still ahead of us, or do we go down the path of even more government control over our lives with heavy-handed measures?

At this point, no one knows.  The Marxists began indoctrination of our kids in public schools at a very young age starting decades ago.  Over time, they became young adults who hated their country.  They were shown the allure of socialism, the lies that had them believe that capitalism was evil and caused too many hardships for too many people, but socialism, which has ended in disaster everywhere and every time it’s ever been tried, was the answer.  As always happens in a socialist revolution, violence and destruction or property is now the leftist medicine of the day.

The narrative of the Marxists, during the current revolution, is that the entire “American experiment” was based and built on the idea of oppressing minorities.  Ironically, that’s exactly what a democracy does, and not a Constitutional republic.

President Trump has made the argument that America is great and can be even greater, and he’s right. He has called for a renewed appreciation of the American story and a resurgence of nationwide satisfaction. His policies reversed the globalist harm that all but destroyed our economy, which will happen against if America does not choose wisely in November.

If less people attacked the very fabric of our country while more and more embraced the idea that America, with all her flaws, is still the greatest country every created throughout human history, there wouldn’t be the violence we see today.  The very sense of our republic would start to grow again, and that’s a good thing, because I fervently believe that the more we live according to the framework of our Constitution, the better our society will be for all who live in it.  The Constitution protects us from government tyranny with a set of limitations of power, but when you have a government that no longer respects the Constitution, you have tyranny, and if 2020 taught us nothing else, it is that government leaders who lust for power are capable of doing tyrannical things, i.e. the Chinese virus pandemic (CV-19) lockdowns and forcing healthy people to wear masks is a prime example.  Turning your back on riots and looting that are harming the good people’s lives is another tyrannical act by government with misfeasance and malfeasance alike, because like the CV-19 draconian measures taken by elected Democrats who have a duty to protect their people, they are acting tyrannical because they seek power.

Justice Ginsburg’s death has increased the tension for leftists, and Democratic leaders are putting fuel on that fire, by lying to their constituents claiming the president doesn’t have the right to fill the vacancy her death created.  Did you ever think in your wildest dreams that elected officials would be stirring a pot of anger and rage, knowing that their hyperbolic partisan rhetoric could get someone killed?  And they do it with impunity. If you think they will stop after coming to power, think again.  All throughout history, a socialist regime only gets worse, because the effects of socialism are never accepted by the people after they’ve had to live through it.

Another angle. Prius tries to drive around a protest in Hollywood as the mob converges on the vehicle, hitting it. The driver speeds off, prompting militants to chase it down in a truck, smash the windows, and try to pull the driver out of the car. pic.twitter.com/r4yHKWIv3A

This person was just trying to get somewhere, and the mob of rioters attacked him.  They chased him down and attacked his car, reaching into his vehicle window and attacking him personally.  Is this what you want, America?  By all accounts of history, it will get much worse.

Then there is the non-violent tyranny of the tech giants, most of whom have openly admitted they are going to take measures that will force a Biden victory come November by censorship of anyone who tells the truth about social issues, Biden’s corrupt history, or that socialism sucks.

Here’s a notice a friend of mine just received this morning telling him he has been banned from social media for violating their “community standards,” by simply posting true facts about Kyle Rittenhouse, the young man who shot three people, killing two, in self defense.  The Left has taken over that story and has lied to you about it from the very beginning.  In fact, most stories that happened this year have been proven false.  Our media gave up on journalism a long time ago, but this year it has exacerbated to the point where they are no longer doing the news.  They are making stories up our of whole cloth to fit a narrative mostly aimed at harming Trump’s chances of getting reelected.

Let’s get one thing straight about the coming SCOTUS nomination.  The president has a duty to nominate someone to fill the vacancy.  Article II of the Constitution’s Appointments Clause says the president “shall nominate, and by and with the Advice and Consent of the Senate, shall appoint Ambassadors, other public Ministers and Consuls, Judges of the supreme Court… [emphasis added]”  Shall, not may.  That means he must do it.

But, but, but the Republican Senate in 2016 didn’t hold hearings for President Obama’s nominee Merrick Garland to replace Antonin Scalia after he passed away.  That’s true, but while Democrat leaders are now telling their supporters that it’s not right for Trump to replace Ginsburg and he should wait until after the election, they are committing lies of omission when they don’t point out that in 2016 they had the exact opposite arguments.

Here’s what’s really going on.  Since 1880, the Senate has not given hearings to a SCOTUS nominee during an election year if the president’s party is the opposition party to the Majority party of the Senate.  The reason for this is simple.  If the voters split parties on the White House and the Senate, it means they want to decide during the election who should have the authority to appoint justices.  But, also since 1880, if the party of the president matches the party of the Majority in the Senate, then a nomination will go forward, because the voters have already spoken, they have already determined that they want that party to decide who goes on the court.

In 2016 President Obama was a Democrat, and the Senate Majority was Republican.  Going by the precedence, that’s why Garland never got a hearing, and why Trump’s coming nominee will.

Democrats don’t care about the Constitution unless it helps them politically.

Every four years we are told that the next election is the most important, but this time it’s the real deal.  America is at a pivotal point.  We’re having to decide do we go with leftist democracy where there are no rights for the minority as the majority mob rule drags us into a socialist nightmare, or do we stand with a Constitutional republic where the government is limited in its powers over the individual? Your vote matters, don’t ever let someone tell you it doesn’t. It’s up to you, America. You get to decide how you want to live and how your children and grandchildren will be treated as they grow old.