Paralyzed White Farmer Tied Up & Murdered in His Wheelchair

In Case You Missed It … For many years South Africa was governed by the Apartheid, a system by which the nation was segregated based on race.

‘Apartheid was a system of institutionalised racial segregation that existed in South Africa and South West Africa from 1948 until the early 1990s. Apartheid was characterised by an authoritarian political culture based on baasskap, which ensured that South Africa was dominated politically, socially, and economically by the nation’s minority white population.’

This unjust and racist system was replaced … by another racist, unjust and brutal system that has allowed white farmer’s land to be stolen from them, and done little to stop the massacre of those farmers.

I think we all can agree that racial discrimination is wrong, no matter which direction it is directed.  The scary part is that what is happening in South Africa appears to be what the Marxists are pushing for in the United States.

Unless the left is completely ignorant, which I refuse to believe the ones pulling the strings are, all this racial division and hatred and dehumanization of people based on their skin color, is going to lead to this same type of situation here … it’s just a matter of time.

’46-year-old Neil McKay was paralyzed 20 years ago in a violent robbery when he was shot in the spine.

McKay’s mother found him murdered in his bedroom when she went to his farm to check on him.

A family friend said the attackers targeted McKay so they could steal money out of his safe.

KwaZulu-Natal police spokesperson Captain Nqobile Gwala said a murder investigation has been opened but no arrests have been made.’

‘A helpless farmer shot through the spine by robbers and left paralysed 20 years ago in South Africa was tied up in his wheelchair and cruelly strangled to death in a second attack.

Police investigators said he had been strangled by his captors, who had been hiding close to the property, waiting for Neil to be alone. 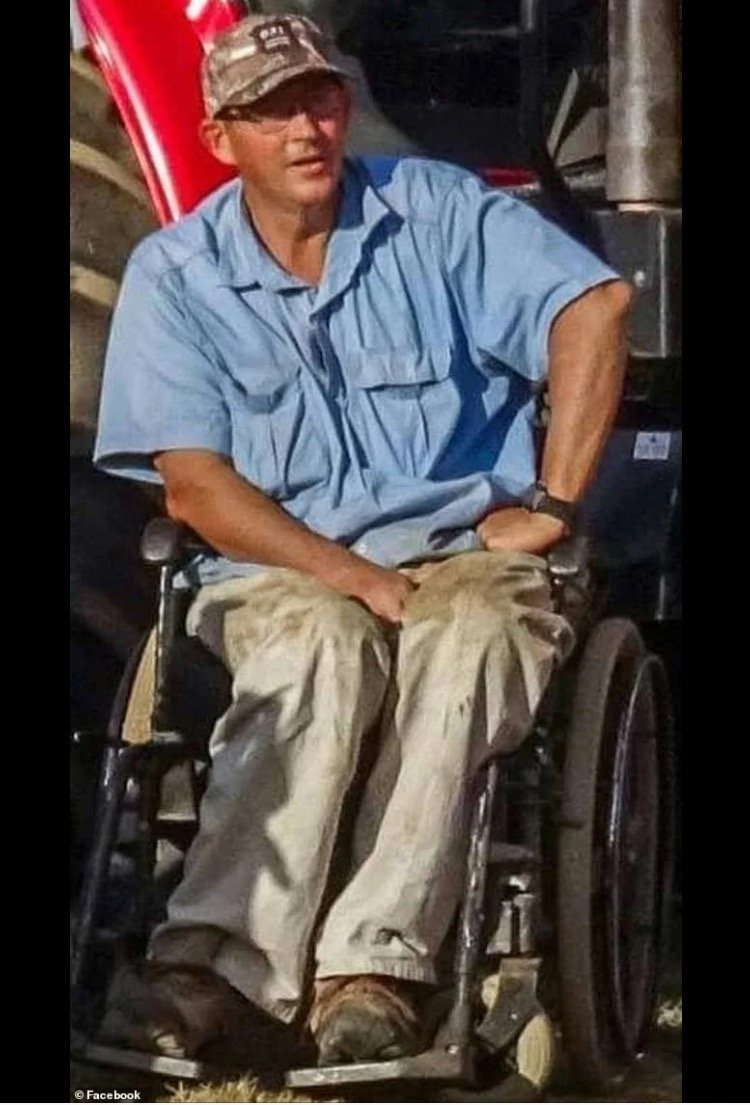 His death has sparked fury in the town of Winterton in KwaZulu-Natal province, especially as his attackers were not captured after the first assault.

Alf Lees the Democratic Alliance MP for Uthukela constituency said: ‘Who would murder a man in a wheelchair? A man who was unarmed and physically unable to defend himself?

Neil was a gentle and friendly man of peace who refused to carry or have a gun despite living on a farm where his late father made it possible for him to work from a wheelchair.

‘It seems his attackers were keeping watch on the farm and attacked the defenceless Neil when his farm manager and staff had left and he was alone for the evening.

‘First, they cleaned out the safe then they apparently dragged Neil to his bedroom where they brutally strangled him to death having tied him up despite being in a wheelchair.

She added McKay’s body was found strangled at Skietdrif Farm in Winterton.’

This is what happens when racially motivated leftist take control …  This is the left’s vision for America’s future.