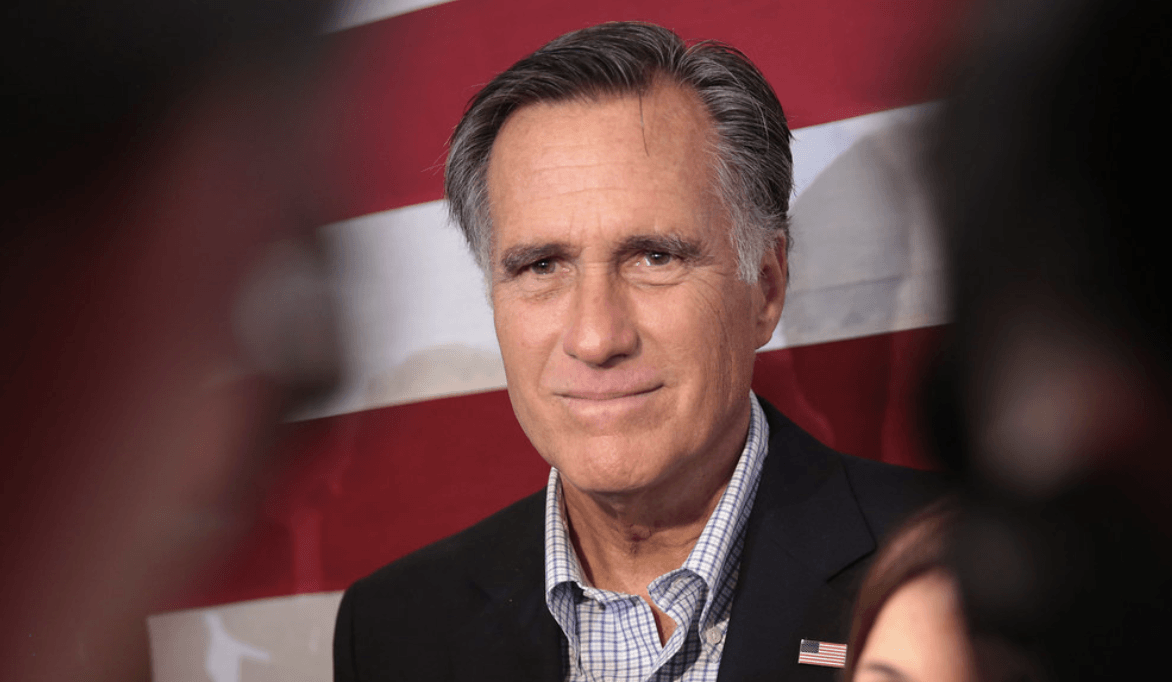 Mitt Romney Stabs President Trump In The Back Yet Again, Yet Trump Will Get The Last Laugh

Lawrence David| Utah Senator Mitt Romney will be best remembered for squandering a late lead in the 2012 presidential election that resulted in Barack Hussein Obama’s reelection.  As events unfolded, Romney appeared to spit the bit… intentionally.

Essentially, Romney cleared the way for four more years of the Manchurian president’s assault on our economic and Constitutional freedoms.  While Romney’s failure to close in 2012 doesn’t prove he purposely spit the bit, his actions since then leave little doubt.

In 2016, Romney voiced his support for Hillary Clinton, a well-known candidate steeped in corruption, self-enrichment, and a lack of respect for the ordinary guy.

In 2018, Romney ran for Senator from Utah, begging President Trump to support him.  Romney won, but showed his true colors by being the lone Republican to vote to impeach President Trump.

Yesterday, Romney took another swipe at the president who made him…

Sen. Romney has taken a cue from the fake news media and chosen to lie to score a silly false narrative against Trump.

Lest than five months into his administration, Obama fired 2 IG’s and “leashed” another.

(Hot Air, June 18, 2009) The firing of Gerald Walpin as Inspector General was not an isolated incident, as the Chicago Tribune reports today.  Two more IGs have been dismissed in the past two weeks, and Senator Charles Grassley has started demanding answers.  The sudden push to rid the government of independent watchdogs appears to coincide with Barack Obama’s plans to use government spending to get control over more aspects of American life, such as with stimulus spending, the financial sector, and volunteer organizations (via Dan Riehl):

Grenell is the current administration’s acting director of national intelligence.  So much for President Trump being homophobic… but I digress.

It appears that Romney is upset with Trump about something, but it can’t be the firings of inspector generals who have protected corrupt acts by the previous administration.

The most recent firing… the one that triggered Romney and other Never Trumpers, along with Democrats, is a political con job.  The firing of State Department IG, Steve Linick, an Obama appointee, was long overdue…

After Judicial Watch filed a freedom of information request to obtain 13,000 pages of emails between Strzok and Page, the State Department got a court to slow walk their release to only 500 per month… less than 17 emails per day.

Aside from knowing he can count of the anti-Trump media to carry his message and promote his lies, what gives?  Why are anti-Trumpers like Romney joining with Democrats to attack Donald Trump?

Sundance did an excellent job of explaining the corrupt D.C. construct that makes multi-millionaires like Romney wonder how they can remove President Trump before he ruins their gravy train permanently…

Remember…. Congress does not write laws or legislation, special interest groups do. Lobbyists are paid, some very well paid, to get politicians to go along with the need of the legislative group.

When you are voting for a Congressional Rep or a U.S. Senator you are not voting for a person who will write laws. Your rep only votes on legislation to approve or disapprove of constructs that are written by outside groups and sold to them through lobbyists who work for those outside groups…

… When a House or Senate member becomes educated on the intent of the legislation, they have attended the sales pitch;… they can then position their own (or their families) financial interests to benefit from the consequence of passage. It is a process similar to insider trading on Wall Street, except the trading is based on knowing who will benefit from a legislative passage…

…Now, think about this reality against the backdrop of the 2016 Presidential Election. Legislation is passed based on ideology. In the aftermath of the 2016 election the system within DC was not structurally set-up to receive a Donald Trump presidency.

If Hillary Clinton had won the election, her Oval Office desk would be filled with legislation passed by congress which she would have been signing. Heck, she’d have writer’s cramp from all of the special interest legislation, driven by special interest groups that supported her campaign, that would be flowing to her desk.

Simply because the authors of the legislation, the originating special interest and lobbying groups, were spending millions to fund her campaign. Hillary Clinton would be signing K-Street constructed special interest legislation to repay all of those donors/investors.

Congress would be fast-tracking the passage because the same interest groups also fund the members of congress.

President Donald Trump winning the election threw a monkey wrench into the entire DC system…. In early 2017 the modern legislative machine was frozen in place.

The “America First” policies represented by candidate Donald Trump were not within the legislative constructs coming from the K-Street authors of the legislation. There were no MAGA lobbyists waiting on Trump ideology to advance legislation based on America First objectives.