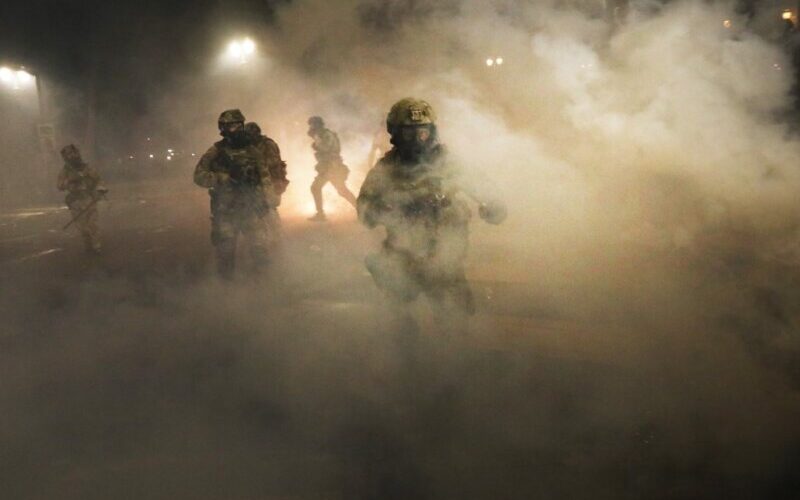 Opinion| Peaceful protesters in California and Colorado did nothing violent last night unless you consider attacking the police, burning courthouses and assaulting people is violent. Evidently Democrats and the mainstream media doesn’t.

They champion the domestic terrorists in their cities and states.

The Oakland Police Department asked the more peaceful demonstrators to help with the rioters but to no avail.

The rioters were breaking windows and yelling racial slurs at the local residents. The rioters set the  Alameda County Superior Courthouse on fire.

Fireworks and dangerous projectiles are some of the items agitators used to assault officers. We ask the organizers of tonight's demonstration to work with us, calling for peace and help us provide safe spaces and safe places for demonstrators. pic.twitter.com/ImpQdquirU

In Colorado things were not much better. The Aurora Colorado police force pleaded with the rioters not to riot. That’s like asking Adan Schiff not to lie.

UPDATE: If you cross the fence, you are subject to arrest.

Please stay behind the fence.

The department announced the following to the rioters:

“There has been a fire started inside of an office in the courthouse. Protesters need to leave the area immediately.

The fire has been extinguished. It does not appear to have spread anywhere else inside of the building.

Protesters needs to leave the area or are subject to arrest. You can safely exit the area to the south.”

UPDATE: This has been declared an unlawful protest.

Everyone needs to leave the area immediately.

If you remain, you are subject to arrest. pic.twitter.com/4YlveNi1MC

The scene is now bedlam. Windows are being smashed. Fireworks going off in the direction of police. Breaking glass can be heard all around. This is not June 27. pic.twitter.com/l3okY8YTzf

Colorado State Rep. Dave Williams has asked President Trump to send in federal agents as Gov Jared Polis has done nothing to stop the violence, like every other Democratic governor has failed to do.

Rep Williams sent a very lengthy and detailed letter to the president in hopes that further violence be avoided if possible.