The Clintons Have Finally Fallen

Democrats don’t even treat their own supporters and party members very well until they need to use them for some fantasy narrative. Remember the story of how Bill and Hillary Clinton treated young Monica Lewinsky back in the 1990s. The married a couple have shown zero concern over that public display of revenge and hatred against her, and now Lewinsky is making a movie that is sure to be of great interest to the public.

For proof that the Democrats and leftists are about nothing more than political power, watch the rise of Lewinsky to the position of hero after all of these years of being the butt of their jokes. 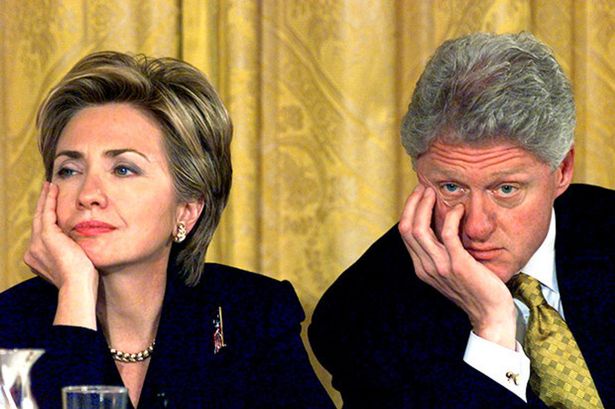 When the Clinton’s were in power, Lewinsky, a far, far-leftist (favoring socialist-Communist Robert Reich), was mocked constantly at their parties and events.

But now she has a movie coming out, has amassed a large social media following, and is being honored in all of the right leftist circles- such as the Washington Post:

By giving @MonicaLewinsky a voice, @BeanieFeldstein may redefine her own.

For @PostStyle: Feldstein opens up on her transformative performance in "Impeachment," while @MsSarahPaulson, Sarah Burgess and Lewinsky explain how she got the role so right. https://t.co/f2hAfYm2hO

There is nothing more than the left loves than shaping their reality off of the back of a movie they have created for themselves.  The left loves to control the narrative in this way.

thanks @jessicabennett so many friends have mentioned how they feel you captured the real me in this. a nice change from ‘98! 😉 https://t.co/FEpESdmlZy

“As a producer, I’m very proud,” Lewinsky said of the new show about the scandal she produced for F/X. “As a subject, I’m nervous. I’m nervous for people to see some of the worst moments of my life.”

“It is a dramatization, but there is an enormous amount of emotional truth,” Lewinsky said in an interview.

Wired Daily News reported on an interview with Lewinski:

Monica Lewinsky dropped the hammer on former President Clinton and former first lady Hillary saying Bill “should want to apologize” for his part in the 1990s scandal that ruined her life and led to his impeachment.

“I think there was a long period before my life changed in the last six or seven years, where I felt a lot in terms of there not being this resolution. And I’m very grateful that I don’t have that feeling anymore,” Lewinsky said.

“As a producer, I’m very proud,” Lewinsky said of the new show about the scandal she produced for F/X. “As a subject, I’m nervous. I’m nervous for people to see some of the worst moments of my life.”

“It is a dramatization, but there is an enormous amount of emotional truth,” she said.

Lewinsky has gotten the full-court press, which begs the question- will she get that apology from the Clintons? Will they submit to public pressure of Lewinsky’s new heroine status?

thank you @laurabrown99 love for the interview 🙏🏻♥️ https://t.co/pT4ER0QkbP

Hillary showed no sign of caring, as she had her foundation make a movie to honor Bill, proving the Clintons will always be the greatest of all times, in their own minds. But, to the rest of America- they will remain the butt of jokes at our parties and events.

Love this tribute to @BillClinton, and love seeing all these familiar faces! https://t.co/aRbrokMHCj