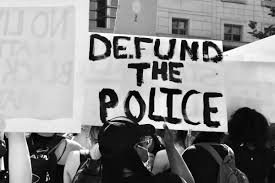 A polling company turned to it’s own social media to tell the story of their own successes after their Wikipedia page was altered and key data was deleted altogether, and curiously this happened on a day when the polling showed low numbers of people support a major Democrat initiative to defund the police.

“On our Wikipedia article today, entire Rasmussen Reports election-year national polling results have simply disappeared, not to be recovered. This coupled with malicious, unsupported commentary rather than accurate criticism injects imbalance into our Wikipedia history. Falsehoods based on misstated or missing data then become perpetuated and amplified by some readers and media outlets, Rasmussen Reports, reported.

Wonder how some are deliberately misinformed about America's best public polling record for over 16 years?

According to their website, “Rasmussen Reports is an American polling company, founded in 2003.[3] The company engages in the collection, publication, and distribution of public opinion, consumer confidence and other public polling information. Rasmussen Reports conducts nightly tracking, at national and state levels, of elections, politics, current events, consumer confidence, business topics, and the United States president‘s job approval ratings.”

News stories from today that include Rasmussen data:

Bongino quotes,” According to the latest from Rasmussen Reports:

67% of Likely U.S. Voters now consider a choice between #DonaldTrump and #JoeBiden a choice that they are excited about. That’s up from 60% in late April… https://t.co/mFzesciwAy pic.twitter.com/FidZLus44o

“Rasmussen Reports since 2004 has held itself up for public scrutiny by providing final national election outcome predictions or ‘horserace polling results.’ Rasmussen Reports’ resulting track record is quite good but not perfect,” the press release said.