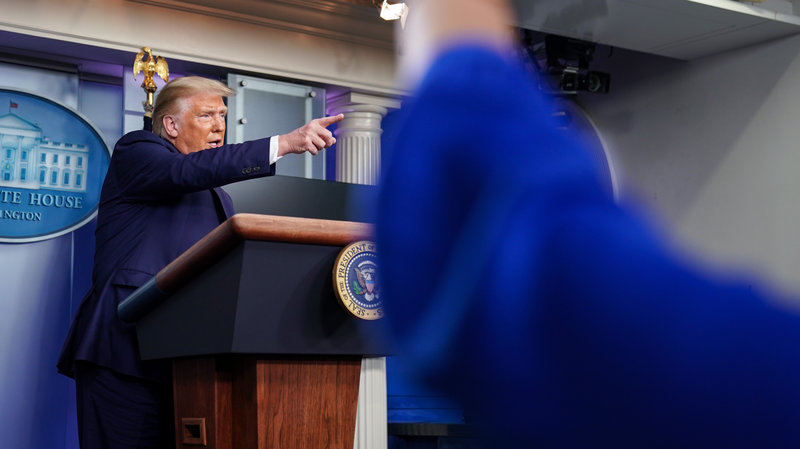 Media Hit: Donald Trump the Citizen Didn’t pay more taxes then he owed, and the Media is trying to hang him for it

The Democrats and their media allies are desperate to frame Joe Biden as a working-class Populist hero, and one of the ways they are trying to do that is by framing President Donald J. Trump as a tax cheat by claiming they have illegally seen his tax returns and then by spreading gossip about what the claim to have seen.

The Tax cheat storyline hasn’t been that effective for the Democrats, but it is noteworthy the lengths the media will go to character assassinate a Conservative, Republican.

Bob Anderson with The Federalist wrote, “The New York Times Painted a Guilty Picture. With bated breath, the Times reported that Trump paid $750 in federal income taxes in 2016 and 2017 and no taxes in many other years. Nowhere does the article demonstrate any illegality related to those filings. Instead, it treats readers to an esoteric discussion of obscure tax laws, understood only by people who work in finance such as I do.”

The speculation from the Democrat Media alliance about what could potentially be in Trump’s tax returns ” is a thinly disguised and voluminous stack of innuendo and moralizing designed to cast a shadow on the president in the weeks before the election.”

Consider this ad, and remember that the tax law at the time came from Democrats, including the partner of her running mate, former presient Barack Obama:

In the article, Anderson lends his expertise to take the reader through a deeper understanding of how the New York Times specifically is leading the American voter down a dishonest path.

“The newspaper dives into Trump’s expense write-offs with a curiosity not seen in the Clinton Foundation returns. It nit-picks at a general and administrative expense that went up five-fold from 2016 to 2017 at one golf club, then does not reveal the number. As a CFO who reviews data like this every month, I know materiality matters. Was it $5,000 or $5 million? Small numbers easily bounce around, and financials, like statistics, can be easily distorted analytically, Anderson said.

In other words, the tax return scandal is a “nothing burger”, and like the invented scandal about Trump not denouncing “White Supremacy”, the left is desperate to frame the narrative around Trump to show that he is a racist and an elitist. That comes from the party of Biden, who eulogized Robert Byrd a leader of the KKK, and whose family has received a lot of money for their political connections, for apparently not doing much. That is Biden, not Trump.

“The Times asks at the outset “what secrets might lie hidden in [Trump’s] taxes. Is there a financial clue to his deference to Russia and its president, Vladimir V. Putin? Did he write off as a business expense the hush money payment to the pornographic film star Stormy Daniels in the days before the 2016 election? Did a covert source of money feed his frenzy of acquisition that began in the mid-2000s?” Anderson wrote.

It is masterful marketing, drawing in the public like a skilled carnival barker, but the questions are all duds. The New York Times is still getting the attention it desired, and in the process, it has impugned a president with inference and innuendo. There are numbers, dates, entities, and names — all nuggets of truth — but in the end, it is nothing more than the Times’ version of “truthful hyperbole.”

Aparently Biden’s idea of “fair share” depends upon how much he likes you.