First, it was lowering test scores for minorities, so they could get job promotions. Then CA lowered the score to pass the bar exam, so more minorities could pass and become attorneys. A school in CA, removed the SAT requirement, so more minorities could get into their college and now Rutgers will allow minority students to use variations of poor grammar, so they are not victims of racism.

The English Department at Rutgers University has declared that proper use of grammar is a hidden form of racism because it disadvantages students of “multilingual, non-standard ‘academic’ English backgrounds.” 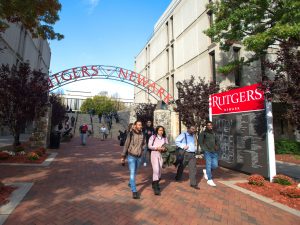 Grammar is rather boring, so the department is going to sex it up with all sorts of fascinating additions.

“This approach challenges the familiar dogma that writing instruction should limit emphasis on grammar/sentence-level issues so as to not put students from multilingual, non-standard ‘academic’ English backgrounds at a disadvantage,” Walkowitz said. “Instead, it encourages students to develop a critical awareness of the variety of choices available to them [with] regard to micro-level issues in order to empower them and equip them to push against biases based on ‘written’ accents.”

Rutgers who has been an SJW lead university since it’s English department created a Committee on Bias Awareness and Prevention in 2012. In light of Black Lives Matter protests, the school has now moved past bias awareness and prevention and into a focus on “decolonization.” 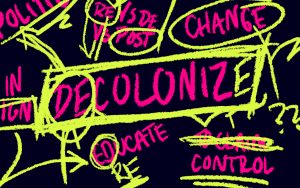 But not everyone agrees,

“The idea that expecting a student to write in grammatically correct sentences is indicative of racial bias is asinine,” Johnson told the Washington Free Beacon. “It’s like these people believe that being non-white is an inherent handicap or learning disability…. That’s racism. It has become very clear to me that those who claim to be ‘anti-racist’ are often the most racist people in this country.”

It a world of open borders and removing unique cultural norms, American universities are allowing foreign-speaking students, to butcher English Grammer, to deceive them into believing they are learning the subjects, but are really getting a lessor education. In the end, as Mr. Johnson wrote, the idea that minority students are not inherently able to pass a grammar test, like a white male, is in its self, a racist policy.

Too much thinking, not enough equal, quality, and consistent education for all.